Heart Tree Music is Matthew Middendorf. I am a songwriter and currently live in Austin, Texas. I grew up in St. Paul, Minnesota and I have also lived in Houston, Texas and Boulder, Colorado.

I write in many genres. Singer-songwriter tunes, lyric oriented rock/blues songs and western ballads. I also love to write jazz vocal songs—they are so pretty and I get to use chords I can’t use elsewhere. I put a lot of emphasis on three things. First, the melodies, which may be the influence of The Beatles, Bach, and old hymns. Second, the lyrics. And last, not overusing the same music patterns that are overused in popular music.

For a long time, I have been interested in three things: music, nature, and spirituality.

As a child I spent a lot of time in nature. There was a large open field behind the house in which I grew up. When I was five, we lived on my grandfather’s farm in rural Missouri for a whole year. From the ages 9 – 16, my family went on yearly 3 week-long camping trips to all the great spots in the western US: Yellowstone, the Tetons, Grand Canyon, the Black Hills, Rocky Mountain, Zion, the Bighorns. In my thirties, I started traveling to these places on my own. One thing I discovered about myself through these travels was that I love the prairie. I love western Nebraska, North and South Dakota and eastern Wyoming and Colorado.

When I was 25, I started to experience depression, anxiety, and chronic fatigue. This was like wearing a ball and chain around my foot and it lasted for 15 - 20 years. This was painful and disheartening. In the years when I was supposed to be most alive and productive, I was neither. I was barely keeping my head above water.

But in some ways this dark period had an upside. As Leonard Cohen says, “There’s a crack in everything, that’s how the light gets in.” I had lots or cracks. I started in therapy; looking inside instead of outside for “life” was a profound shift. Although most people who diligently work on themselves in therapy for a few years see great improvements in their life, I did not. But I was persistent: I kept trying things. One thing I stumbled upon was a group called the EarthTribe. This was a group that introduced me to nature spirituality in an experiential way. As a result of participating in this group, I have had numerous profound spiritual experiences in nature. As a man named Bear Heart said, “Your personal experience is the only thing you can go on. Everything else is hearsay.” No more hearsay!

When I was about 10 or so, my dad gave me an AM transistor radio and I discovered The Beatles. When I was in 8th grade, my mother brought home a guitar she had bought at a garage sale for $10. I started playing; the first song I learned was “I Should Have Known Better” by The Beatles. In high school, I listened to Yes, Led Zeppelin and Deep Purple. At the time I graduated (1976), disco came out (which I did not connect with) and most bands made lousy albums. At this time I started looking for something new musically. My parents played a lot of classical music around the house and after a while I started to listen to J.S. Bach. My favorite piece was “The St. John Passion.” I also listened to four-part chorales and played them on the piano.

In the mid-80s, friends introduced me to Bruce Cockburn. His albums changed my life: the lyrics are poetic and spiritual, and the music has a soothing quality. I had listened to U2 a little bit, but I became a big fan when I saw the movie “Rattle and Hum” in 1988: I was blown away and saw the movie three nights in a row. Then in about 1989 I heard Bruce Springsteen’s live version of “Thunder Road” and it wasn’t long before I was hooked on The Boss. I am also in love with a relatively unknown singer named Peter Mayer (see his website: blueboat.net). Peter writes amazing songs that explore spirituality, connection with nature, and science.

I began writing songs occasionally in the late 1970s. But around the late 1990s, the songwriting picked up a lot. I attended the Rocky Mountain Folk Festival “Song School” three times and started participating in songwriting critique circles. 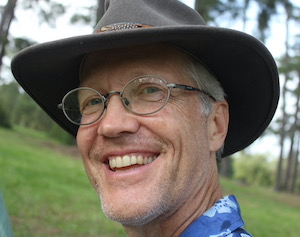 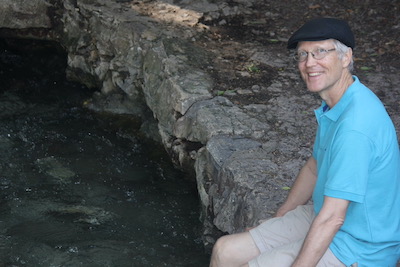 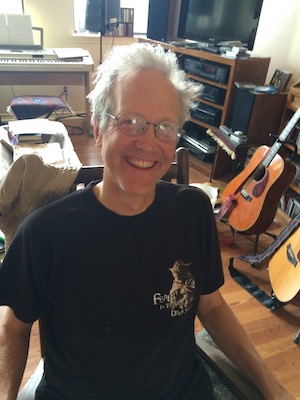 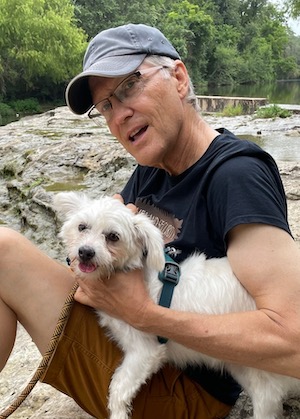